Every guest room at the renown Thayer Hotel in West Point, NY is dedicated to a distinguished graduate of West Point.  The decor of each room reflects the accomplishments and milestones of an individual who has made significant contributions to the nation and world.

Below are the major milestones in the life of Robert McDonald:

Secretary McDonald graduated 13th in the Class of 1975, receiving the Silver Medal from the Royal Society of Arts for being “the graduating cadet with the most distinguished academic record and significant role in cadet activities.”  Secretary McDonald received his diploma from President Ford.  He served as Brigade Adjutant on the Brigade Staff of the Corps of Cadets, working with future Deputy Secretary of Veterans Affairs Sloan Gibson, who was Deputy Brigade Commander.  Secretary McDonald was the second man in his class order of merit to choose the Infantry Branch. 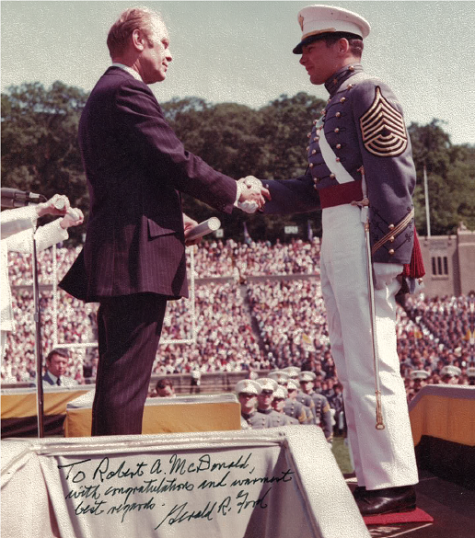 Time In The United States Army

Secretary McDonald served as a Captain in the U.S. Army for five years, primarily in the 1st of the 504th Airborne Infantry of the 82nd Airborne Division. During his service he completed his qualifications for Airborne, Ranger, Jungle, Arctic and Desert Warfare, Jumpmaster, Expert Infantry, and Senior Parachutist.  He also earned an MBA from the University of Utah in 1978.  Upon leaving the military he received the Meritorious Service Medal. 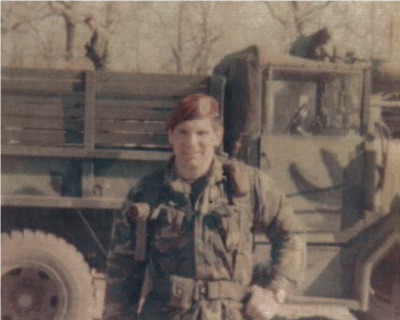 Secretary McDonald worked for The Procter & Gamble Company for 33 years, during which time his family and he worked and lived in the United States, Canada, the Philippines, Japan, and Belgium.  About half of his time with the Company was spent living outside the United States.  When he joined the Company in 1980, its stock price was $2.32 per share.  As Chairman of the Board, President, and Chief Executive Officer, Secretary McDonald significantly expanded the Company’s developing market footprint adding nearly a billion more consumers to the number its serves. For example, new operations were opened from Romania to the Company’s home State of Ohio. P&G’s stock price rose during his tenure from $51.10 the day he became CEO to $78.80 per share the day he announced his retirement—over a fifty percent increase.  The Company’s market capitalization put it among the top fifteen most valuable companies in the world. At the same time, P&G was consistently recognized for its leadership development, including twice being named as the best company for leaders by Chief Executive Magazine and a top company for leader development by the Hay Group.  In addition P&G committed to save one life every hour by the year 2020 by providing two billion liters of clean drinking water a year through its P&G Purifier of Water sachets. For this the Company was recognized by former President Clinton at the Clinton Global Initiative.  P&G was also the only Company at the time to receive two American Corporate of Excellence Awards from Secretary of State Clinton for its work in Nigeria and Pakistan. 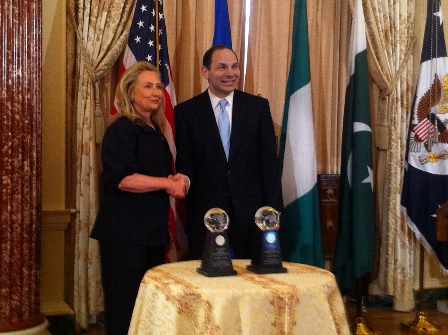 P&G was also helped to save tens of thousands of lives by providing clean drinking water in developing countries with its P&G Purifier of Water packets.

Secretary McDonald led the Veterans Affairs Department to provide better care for Veterans by improving access to care, reducing the disability claim backlog, and ending Veteran homelessness.  VA improved access to care for Veterans by hiring more doctors and medical professionals, increasing space, extending clinic hours, using more telehealth, taking advantage of more care in the community, and more.  This resulted in over 7 million more completed appointments since the access crisis.  The claims backlog was reduced by 88% by digitization of the process, which eliminated 5,000 tons of paper from the system per year. Veteran homelessness was reduced by 47% since 2010. In 2015 alone VA provided services to more than 365,000 homeless or at-risk Veterans.  At the same time Secretary McDonald brought to VA private sector best practices to transform the VA in an initiative called MyVA.  There are five strategies:  improve the Veteran experience, improve the employee experience, improve internal support services, create a culture of continual improvement, and create and exploit strategic partnerships. 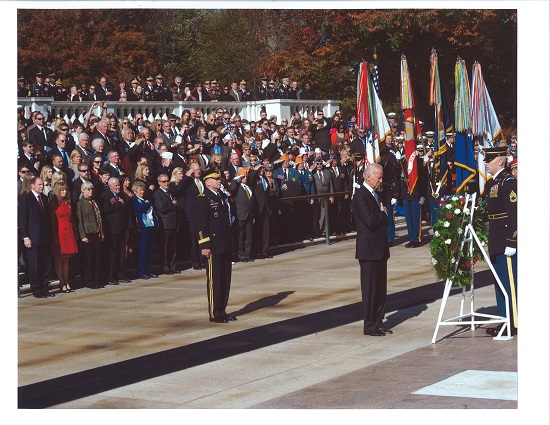 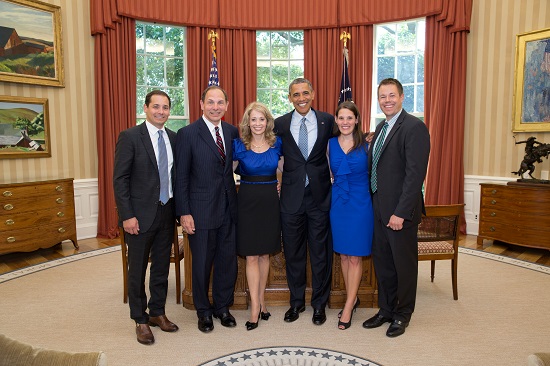 Bob McDonald at a VA meeting in the Cabinet Room of White House with President Obama.

Bob McDonald at a VA meeting in Roosevelt Room of the White House with President Obama and Vice President Joe Biden. 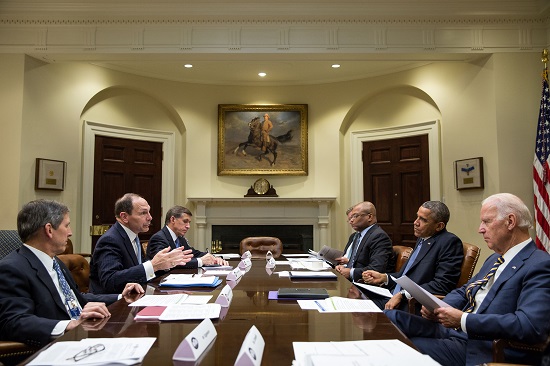 Speaking Engagements, Consulting, and Beyond

Bob has spent a lot of time with President Bush at his library at SMU in Dallas and tends to speak or teach there at least once a year. 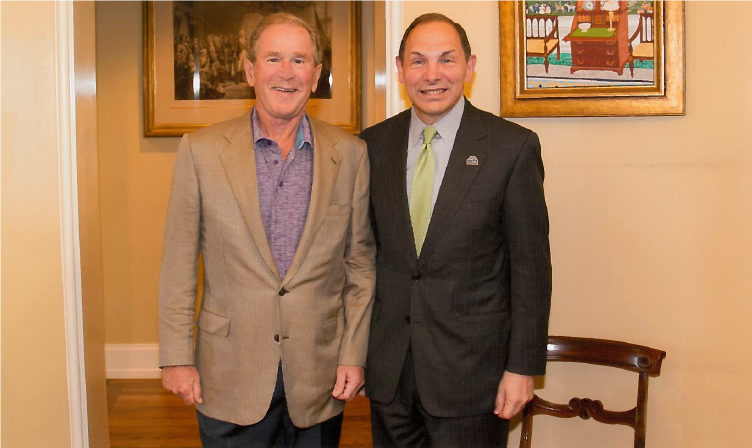 The Robert A and Diane J. McDonald Foundation has contributed matching dollars with Main Street Ventures for the The Wendy S. Lea Female Founder Grant that is awarded to first-time female founders and companies.  Read the complete article. 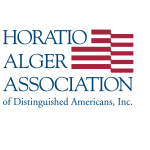 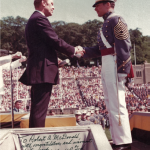