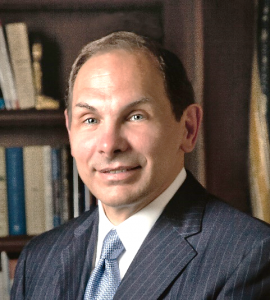 Robert A. “Bob” McDonald was nominated by President Obama to serve as the eighth Secretary of Veterans Affairs, and he was confirmed unanimously by the United States Senate on July 29, 2014.

Secretary McDonald led the Department in its ambitious transformational journey to be a world-class service provider and the No. 1 customer-service agency in the Federal government. His goal was to give Veterans consistent, high-quality experiences. That undertaking began by reinforcing the importance of VA’s inspiring mission to care for those “who shall have borne the battle,” their families, and their survivors, and re-emphasizing VA’s commitment to its I-CARE Values of Integrity, Commitment, Advocacy, Respect, and Excellence. The Department’s MyVA transformation strategy was its catalyst for change, for modernizing VA’s culture, processes, and capabilities.

Over the course of Secretary McDonald’s tenure, VA expanded Veteran access by focusing on staffing, space, productivity, and VA Community Care. VA continued driving down the disability claims backlog while positioning the Department for sweeping appeals reform. And VA made substantial progress in bringing an effective end to Veteran homelessness. Focusing on proven prevention and treatment services and Veteran homelessness programs—and thanks in large part to unprecedented partnerships and vital networks of collaborative relationships across the Federal government, across state and local government, and with both non-profit and for-profit organizations—Veteran homelessness was cut by half since 2010, and 34 communities and three states brought a functional end to Veteran homelessness.

To put the needs, expectations, and interests of Veterans and their families first—and put Veterans in control of how, when, and where they wish to be served—Secretary McDonald gathered broad input and insights from Veterans, employees, Veteran Service Organizations, and other stakeholders to shape the Department’s five MyVA Transformation strategies. The five Veteran-centric strategies were designed to modernize VA to best serve Veterans in the twenty-first century, and they effectively improved the Veteran experience, improved the employee experience so employees could better serve Veterans, improved internal support services, established a strong foundation for VA’s growing culture of continuous improvement, and enhanced strategic partnerships across the country. 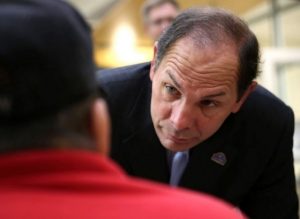 The Veteran-centric approach meant designing and evaluating all of VA’s plans and programs through the eyes of the Veterans they serve. For instance, employees used the VA Innovators Network to test their new ideas and team with partners to improve the way they serve Veterans, and the VA Innovators Network Accelerator provided the path for employees to co-design with Veterans to develop and deploy innovations that create the best possible experience for Veterans and their families. The Diffusion of Excellence initiative put VA best practices on a platform so others could reproduce them locally, and front-line employees adopted a host of simple, smart best practices to improve the quality of VA services. 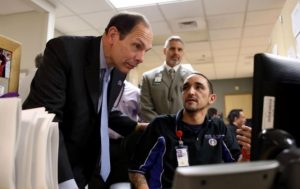 And employees were seeing the difference. Thanks to Secretary McDonald’s emphasis on the employee experience, employees were thriving in a more thoroughly principles-based culture designed around VA’s new leadership model, a model based on principles of servant leadership and grounded in VA’s I-CARE Values. The I-LEAD model encourages Innovation, Learning, Engaging, Anticipating, and Delivering superior service and care to Veterans, and it inspires others to do the same. I-LEAD advanced a common leadership language and philosophy and a consistent set of behavioral expectations for VA leaders everywhere. To institutionalize and perpetuate these principles, over 24,000 leaders and 111,500 employees benefited from Leaders-Developing-Leaders training that spread best practices across VA. And thanks to VA101 training, over 200,000 employees were brought up-to-date on all the benefits and services VA offers.

These are a just a few examples of the innumerable ways VA achieved irrefutable progress under Secretary McDonald’s leadership. And Veterans Affairs achieved the kind of momentum in its MyVA transformation that could make VA the number one customer service agency in Federal government. The Harvard Business School’s November 2016 “Improving Access at VA” study of VA’s transformation efforts judged that, thanks to Secretary McDonald’s leadership, the MyVA “team had made impressive progress . . . .” And perhaps the most powerful testament on the progress and significant change Secretary McDonald brought to VA comes from 20 Veteran Service Organization national presidents, executive directors, CEOs, and founders. They wrote to the President Elect in mid-December 2016 that Secretary McDonald’s “efforts to transform and modernize the VA are showing early signs of success in the form of a better veteran experience.” They explained that “if continued . . . they have the potential to eventually make VA a model agency. It is therefore of the utmost importance that you select someone willing and able to continue prioritization of this work. We believe that person is Sec. McDonald.” 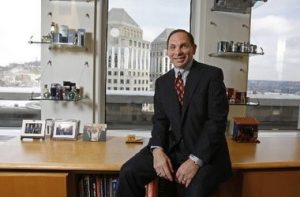 Before joining VA, Bob McDonald was Chairman, President, and Chief Executive Officer of The Procter & Gamble Company (P&G). Under his leadership, P&G significantly recalibrated its product portfolio, expanded its marketing footprint by adding nearly one billion people to its global customer base, and grew the firm’s organic sales by an average of three percent per year. This growth was reflected in P&G’s stock price, which rose from $51.10 the day he became CEO to $81.64 on the day his last quarterly results were announced—a 60 percent increase from 2009 to 2013.

During his tenure, P&G was widely recognized for its leader development prowess. In 2012, Chief Executive Magazine named P&G the best company for developing leader talent. The Hay Group, a global management consulting firm, consistently cited P&G in its top-tier listing of the Best Companies for Leadership. The company received recognition for its environmental and social sustainability initiatives, including the Department of State’s Award for Corporate Excellence for P&G’s operations in Pakistan and Nigeria. In addition, using the company’s innovative water purification packets, P&G committed itself to the 2020 goal of “saving one life every hour” by annually providing two billion liters of clean drinking water to people in the world’s developing countries. 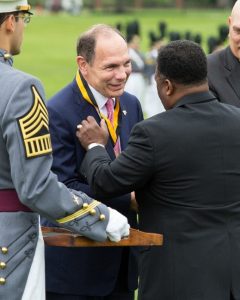 West Point strives.”  In 2014, The President of the Republic of Singapore awarded Bob the Public Service Star for his work helping shape Singapore’s development as an international hub connecting global companies with Asian firms and enterprises.

Bob McDonald is personally and professionally committed to values-based leadership and to improving the lives of others. He is Chairman of the Board of RallyPoint Networks, Inc.—an online community of active duty military members and Veterans—and serves on the Board of Directors of the Partnership for Public Service, Audia International, Inc., the Association of Graduates of the United States Military Academy, the Boulder Crest Retreat Foundation, and the McCormick Research Institute in Orlando, Florida.  Bob and his wife, Diane, are the founders of The McDonald Conference for Leaders of Character at West Point—an annual gathering that brings together the brightest young minds from the best universities around the world and partners them with senior business, nongovernmental organization, and government leaders in a multi-day interactive learning experience.

In July, 2020 Bob became the April and Jay Graham Fellow of the George W. Bush Institute.  In this endowed role he serves as a key member of the Bush Institute’s Military Service Initiative team, advocating for post-9/11 Veterans and building awareness for the issues that affect their successful transitions to civilian life including employment, education, and health and wellbeing.  In September, 2020 Bob was appointed to the Biden Transition Advisory Board, to ensure a smooth administration transition if Vice President Biden is elected.

Bob McDonald graduated from the United States Military Academy at West Point in the top 2 percent of the Class of 1975. He served as the Brigade Adjutant for the Corps of Cadets and was recognized by The Royal Society for the Encouragement of Arts, Manufacturing, and Commerce as the most distinguished graduate in academics, leadership, and physical education. In 1978, Bob earned his MBA from the University of Utah.  An Army Veteran, Bob served with the 82nd Airborne Division. He completed Jungle, Arctic, and Desert Warfare training. And he earned the Ranger tab, the Expert Infantryman Badge, and Senior Parachutist wings. Upon leaving military service, then-Captain McDonald was awarded the Meritorious Service Medal.

Bob McDonald and his wife are the parents of two grown children and the proud grandparents of three grandsons and three granddaughters. 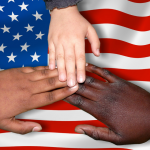 When Captain Florence “Flo” Groberg was awarded the Medal of Honor in November 2015 for his heroic actions in Afghanistan, I was privileged to attend the White House ceremony as Secretary of Veterans Affairs. An Airborne Ranger qualified infantry officer, Flo tackled a suicide bomber in Afghanistan, causing a second suicide bomber to detonate his […] 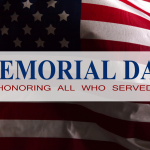 On the last Monday of May, we pay tribute and acknowledge the sacrifices of courageous men and women who placed the interests of others above their own. In service to our Nation at Guadalcanal and Bastogne, the Chosin Reservoir and Pusan, at Khe Sanh, on the DMZ, in Fallujah and Kabul, and at hundreds of […] 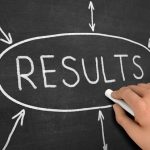 During my 33-years working for The Procter & Gamble Company, it often seemed that business people wanted to be associated with the strategy of the Company but not its execution.  Being involved in strategy seemed more fitting for leaders, and graduates of the world’s best MBA programs.  I once joked with Larry Bossidy, the co-author […]