Different Leadership Styles in Business and Beyond

Recently, I had the opportunity to be a part of the “march back” to West Point with the class of 2025.  It was interesting to see the different dynamics between this new class and my class of 1975.  Information, stories, and sage advice were shared with these future leaders about different experiences they will face while at West Point and beyond.

Seeing this in action caused me to also think about how different leadership styles can be applied to business settings, groups, teams, and more.

What follows are some of my thoughts and experiences from being a part of this great event at West Point.

It was truly an honor to march back to the West Point campus from the summer encampment with the New Cadets of the Class of 2025.  The Association of Graduates, where I am honored to serve on the Board, sponsors a 50-Year Class Reunion affiliation program.  So, my class, Class of 1975, is the affiliation class of the class of New Cadets who just entered West Point this summer and will graduate in 2025.  Fifty of my classmates were given the opportunity to march back to West Point from Lake Frederick with the New Cadets.  It is about a twelve mile journey.

The first part of the march was through wilderness, two abreast, and quite hilly.  At first it was dark, and it rained.  The last quarter of the march was by Round Pond, along the West Point Golf Course, and to the Lodge at the West Point Ski Slope.  Altitude went from 600 feet above sea level to 1,200 feet to 900 feet to 1,100 feet to 900 feet to 1,300 feet to 1,000 feet, and then down to 700 feet.  It was quite an up and down hike.  The New Cadets carried all their gear from their encampment.  The Old Grads like me carried a small backpack with water.  I marched between the two columns of New Cadets and next to a new Cadet who I helped matriculate to West Point.  His grandfather, a retired Army Colonel, was my computer science professor at West Point in 1971.

At the Ski Lodge we reorganized for the pass in review by the Superintendent’s house.  Members of my class who could not physically do the 14 mile march, joined us at the Ski Lodge to do the last two miles.  My class asked me to carry our 50th Class Affiliation Banner with our Class President, Wes Hayes.  From the Ski Lodge we followed the New Cadets as they marched the route to the Supe’s house.  Fortunately, we had the Hell Cats, West Point’s drum and bugle group, in front of us, and we all stayed in step during the march (your left foot hits the ground as the bass drum is struck).  The streets of West Point were lined with faculty, administration, parents of New Cadets, and more who welcomed us by thanking us for our service.  It was an inspiring march.  I must admit coming down from the ski slope, through West Point, to the Supe’s house, carrying our class banner, and listening to the Hellcats, made me choke up and become misty-eyed.  My experience at West Point has meant so much to me in my life (most importantly, if I had not gone to West Point, I would not have met Diane).  That is at least one reason I try to give back through my membership on the Board of the Association of Graduates at West Point.

View The March Back Class of 2025 for the USMA

Bob McDonald Nominated for WPAOG Chair of the Board

The 2021 West Point Association of Graduates (WPAOG) Nominating Committee recently met, with the primary task to select and recommend to the Membership, nominees for open governance positions. The Committee had a difficult task because many highly qualified graduates had submitted nomination packets. Nomination Process In accordance with the organization’s Bylaws, the Nominating Committee was […]

Different Leadership Styles in Business and Beyond

Recently, I had the opportunity to be a part of the “march back” to West Point with the class of 2025.  It was interesting to see the different dynamics between this new class and my class of 1975.  Information, stories, and sage advice were shared with these future leaders about different experiences they will face […] 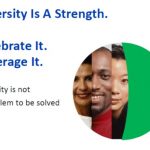 What is The Center of Your World Map?

As a leader it is always our responsibility to escape our own ethnocentricity, work to understand other people’s culture, and empathize with their context to improve their lives.  As the Chairman, President & CEO of The Procter & Gamble (P&G) Company I would go into the homes of consumers all over the world, watch them […]